Earthquake Disaster: Anticipating “The Big One”

Recent analysis has raised the probability forecast for a major 8.0 or greater magnitude earthquake striking California within the next three decades.  Further, related forecasts predict a 99.9 percent probability of a 5.0 magnitude LA-area earthquake striking within the next three years2. The “Big One” is usually assorted with the large San Andreas Fault that runs most of the length of the state. That fault has produced earthquakes of this magnitude in the past and the probably is that it could trigger another giant quake again in the future

So, what would happen in California was hit by the Big One? 14 New 3-D animations of a magnitude 7.8 earthquake scenario are now available. (These fourteen animations can be downloaded from the site in high definition format.)  According to Science Daily, the 3-D animations show, from the perspective of a several different Southern California locations, how intensely the ground would shake and shift during a very strong 7.8 earthquake with an epicenter on the southern end of the San Andreas Fault. The science-based earthquake scenario, developed by USGS scientists and partners, provides a graphic tool for first responders, engineers, decision makers, Southern California residents and other members of the public to understand, visualize and prepare for the devastating effects, even far from the epicenter, of a large, damaging earthquake.

RT.com quotes University of Southern California earth sciences professor James Dolan that “a major earthquake – the Big One – is statistically almost certain in California in the coming decades, and there is even worse news below the ground: it is likely to be followed by a series of similar-sized temblors…. The earthquake could spark a “super cycle,” meaning “a flurry of other Big Ones, as stresses related to the original San Andreas fault earthquake are redistributed on other faults throughout Southern California.”

Sarah Zielinski, in her article “What Will Really Happen When San Andreas Unleashes the Big One?” published in Smithsonian.com describes the impact of “The Big One:”

“But the quake is only the beginning. Hundreds of fires start, and with roads blocked and the water system damaged, emergency personnel [won’t] be able to put them all out. Smaller fires merge into larger ones, taking out whole sections of Los Angeles. The lines that bring water, electricity and gas to Los Angeles all cross the San Andreas fault—they break during the quake and won’t be fixed for months. Though most modern buildings survive the shaking, many are rendered structurally unusable. Aftershocks shake the state in the following days, continuing the destruction.

The scenario is actually somewhat of an underestimate, notes one scientist behind the ShakeOut, USGS seismologist Lucy Jones. The report’s team was surprised by the extent of the fire damage from the quake, Jones says, but it could be worse if the Santa Ana winds are blowing when the event happens. These seasonal winds blow dusty, dry air from inland toward the coast, increasing risks of wildfires. And while Los Angeles keeps a supply of water on its side of the San Andreas, the reservoirs have been drained by the current drought—if the quake struck today, water reserves wouldn't last the maximum of six months that they would when full, she notes.

The San Andreas Fault in the Carrizo Plain of California (Credit: Wikipedia)

Overall, such a quake would cause some $200 billion in damage, 50,000 injuries and 2,000 deaths, the researchers estimated. But “it’s not so much about dying in the earthquake. It’s about being miserable after the earthquake and people giving up on Southern California,” says Jones. Everything a city relies on to function—water, electricity, sewage systems, telecommunications, roads—would be damaged and possibly not repaired for more than a year. Without functioning infrastructure, the local economy could easily collapse, and people would abandon Los Angeles.”

While no one (yet) can predict exactly when it will happen, there are forecasts of probability ranges for various earthquake magnitudes. The latest, published in 2016 by the U.S. Geological Survey (USGS), estimates a 7 percent chance that a magnitude 8 quake will occur in California within the next 30 years. According to the USGS, the “Big One” is coming, and it will produce plenty of destruction. U.S. Geological Survey seismologist Ned Field stated, “we think Southern California is locked and loaded, that the stresses have really built up, and when things start unleashing, they could unleash for years,”

Researchers with the U.S. Geological Survey and other organizations said that the estimated risk of a magnitude-8 or larger earthquake in the next 30 years has increased to 7%, up from 4.7% in the previous assessment. Earthquakes of magnitude 6.7 or larger — the size of the 1994 Northridge quake — are projected to strike once every 6.3 years, down from once every 4.8 years. Nonetheless one 2015 study found that there is “a 99.9 percent chance of a magnitude-5 or greater earthquake striking within three years” in the greater Los Angeles area. This study, is based on GPS (Global Positioning System) data and airborne radar measurements of the magnitude-5.1 LA area quake on March 28, 2014. Although scientists debate the specific probability percentages for specific magnitude and intensity level quakes - scientists do agree is that the 2015 study accurately concludes that deeper layers of the Earth and fault zones did not move during the studied La Habra earthquake in the same way that the shallower areas did move. This supports the analysis that the deeper layers retain pent-up seismic strain, and an earthquake must eventually release that strain in the same zone, which affects the same area of greater Los Angeles in the coming years.[1]

According to Inquistr.com: “There remains enough pent-up seismic energy waiting to be released, and it could trigger a stronger quake within a 60-mile radius of the epicenter of the last earthquake. ‘When the La Habra earthquake happened, it was relieving some of that stress, and it actually shook some of the upper sediments in the LA basin and moved those a little bit more,’ …. ‘There’s enough energy stored to produce about a magnitude 6.1 to 6.3 earthquake,’ she added.” 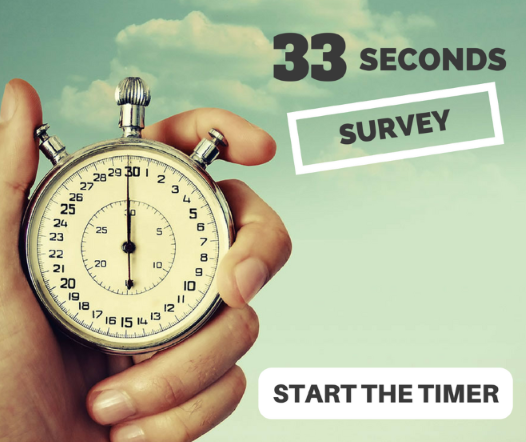 [3]  Sarah Zielinski, “What Will Really Happen When San Andreas Unleashes the Big One?” Smithsonian.com - http://www.smithsonianmag.com/science-nature/what-will-really-happen-california-when-san-andreas-unleashes-big-one-180955432/#zRY0AwsFF2iHaqim.99

[5]  NASA: Los Angeles Area Has 99.9 Percent Chance Of Magnitude 5.0 Earthquake Or Greater In Next Three Years

Robert C. Chandler, Ph.D. is an internationally recognized expert on communication. His subject matter expertise includes more than 30 years of applied research into factors impacting effective communication and performance exploring key “human factors” including psychological and physiological variables as well as critical processes, modalities and message factors. He is a leading authority on emergency communication, human interactions during disasters and a wide range of crisis communication and crisis management contexts. Dr. Chandler has produced nine books and more than 175 scholarly and professional white papers and other published resources. He has consulted globally with public and private sector entities as well as with leading emergency communication solutions providers. He is a praised featured speaker, presenter and seminar leader for many professional associations, national and international conferences and corporate clients. Dr. Chandler holds his Ph.D. from the University of Kansas, his Master’s from Wake Forest University and his Bachelor’s from Harding College.