How to ensure Radio Communications within large Buildings ?

Posted by Paul Calderwood on November 4, 2016

The previous articles I have written have talked about how our radio equipment should work in the field. In this article, I wanted to talk about an important change in how we can ensure that our equipment works when we are dealing with large buildings such as high-rise buildings or malls.

Most of us have that one or two building in town where when the incident commander is at the command post in the lobby and crews are on the upper floors, cannot communicate to one and other due to the interference from all the building structural components. This is what happened on September 11, 2001 at the World Trade Center. In the after action report from the National Institute of Standards and Technology, there's a list of recommendations and particular is Recommendation 22;

Recommendation 22. NIST recommends the installation, inspection and testing of emergency communications systems, radio communications and associated operating protocols to ensure that the systems and protocols:

1. Are effective for large-scale emergencies in buildings with challenging radio frequency propagation environments; and

2. Can be used to identify, locate and track emergency responders within indoor building environments and in the field.

Currently there are some major universities and companies working on the locating and tracking component but the radio frequency propagation has a solution that is available and mandated now. In the National Fire Protection Association Code 1 and International Fire Code, there are requirements for the use of devices that will improve and strengthen our radio signals within a given building. The terminology for this equipment comes by a few different names like BDA for Bidirectional Amplifier or DAS for Distributed antenna system and RES for Radio enhancement system.

Part of your homework after reading this article will be to see what code covers your area. For example, are the new requirements for this system will be installed by the contractor of the new building at their cost? There are also requirements in the code for existing building to be upgraded to have this technology installed during a renovation project. The fire marshal should have a conversation with the owners or managers of the building they have identified as needing this system and talk about a time table to have it installed.  Another assignment will be to decide which new buildings will need this system, is it going to be by height, square footage of 100,000 or more; or both.

The authority having jurisdiction over the plan review for these type of systems also have to do their homework to fully understand how the equipment works, what are the options that can be used on the  system and what are the local requirements to install and test the system. These systems can be designed to accept and retransmit multiple frequencies like police, fire, and EMS; but only if you do the work on the front end to set it up that way. Make sure the installer is aware of the radio frequencies you want to have in the system to be sure that the equipment purchased can handle the directly frequencies and bands.

The system works on the simple idea of running an antenna cable throughout the building that will be able to assist with the radio transmitting within the building.  The structural steel and other wires and pipes will be a natural interference to the radio signals and this antenna system with a power booster attached will take the signal

Like with any powered system you will need to ensure that it will have power to operate in the event of a power loss. The code does require at least a 12-hour back-up battery or an automatic starting emergency power generator.

There will be three levels of testing of this new communications system once it’s been installed. The first will be the commissioning testing that will be done by the system installer and will possibly need your assistance. The test will coming over your radios and you don’t want it to interfere with any incidents that may be ongoing at the time, so this test needs to be coordinated with the departments. The next test will be AHJ acceptance testing and I strongly recommend that you take the time and walk the entire building to look for any possible dead spots that can be identified and corrected at this stage of the project. The test should use a copy of the floor plan of the building and as each test signal is sent, the tester should place a mark on the plans. By the end of the test, you can review the floor plans to ensure that you feel the test has completely covered the building.

The final testing will be the annual testing and that will also have to be coordinated with the AHJ to ensure a compliant test that does not interfere with operations. There should be a clear plan on who will repair and maintain the system in the future.

According to the 9/11 Commission Report, the repeater system that had been installed at the WTC following the 1993 bombing was never fully activated. The 9-1-1 system was plagued by a lack of awareness on the part of the telecommunicators of what was occurring on scene. Information was not flowing back to them. “Command and control decisions were affected by the lack of knowledge of what was happening,” the report states. Radio problems prevented many FDNY personnel from hearing the eventual evacuation order. And the report also states, “There is no evidence that PAPD officers without WTC Command radios received an evacuation order by radio.”

According to the Associated Press, “Sept. 11 was a convergence of the worst possible problems in communication technology—a jammed commercial network made cell phone use impossible. Police and firefighter radio networks were not compatible. But the main problem, the FDNY says, was the damage done to infrastructure called repeaters, which made radio signals work at the Twin Towers. That left many commanders and firefighters unable to talk to each other. Firefighters in the stairwells couldn’t hear the evacuation order, and as a result, 343 died.”

Now take the time, do your homework and make your buildings and systems the best they can be so the crews can operate safely and effectively during an emergency. 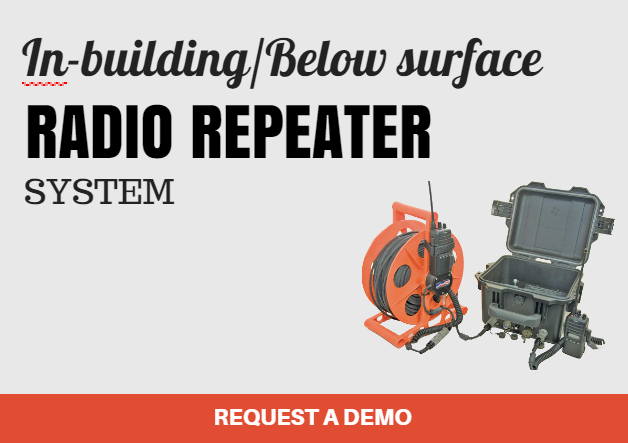