In combat, communication is an underappreciated variable. Use it well, and you can achieve objectives faster and at a lower cost of operation. If it is disrupted, expect a far greater struggle to reach your goal. Once you add the complexity of coalition operations to the story, communication becomes even more critical.

It’s Not A New Problem: Operation Market Garden in the Second World War

Operation Market Garden, launched in September 1944, was meant to accelerate the end of the war. Based on coordinated action between the UK, Canadian, US, and other allied forces, this operation involved parachute troops and other complex options. If the operation had been entirely successful, the war would have much earlier. Unfortunately, that did not happen.

As with most military failures, there is more than one cause of failure. Communication problems were a significant contributing factor. As History.com points out: “the wooded landscape and the separation between the different British battalions meant many of their radios stopped working.” The tactical consequence of this communication problem? The 1st Airborne Division struggled to organize the attack on Arnhem effectively. When this part of the operation suffered, it had ripple effects on the actions of other forces contributing to the operation.

The Special Nature of Coalition Communication

Coalition operations are becoming a more popular choice for military operations. In addition to bringing more numbers to bear, these operations also reduce strain on specialized units such as special forces. Unfortunately, there are operational challenges that remain persistent. Let’s look at a few ways that coalition communication tends to have problems.

Some organizations have made efforts to overcome the language barrier. For example, NATO has designated English and French as its official languages. Despite this official support for increased language abilities, actual language capabilities at the ground level are lacking. Asking everyone to use standard terms can help.

Take note of the Combined Resolve X exercise, a 2018 NATO military exercise held with the express purpose of increasing communication between different countries. With participants from 13 countries, the exercise relied on English and French. However, some found other types of common ground in communication. One soldier involved in the effort commented, “It doesn’t matter what the language is, there is one way to make an explosive. Electricity, circuitry, and explosives all work in the same way.”

Demanding everyone on an operation use English, French, or another designated language may not be feasible in other cases. For example, the Canadian or US military may need to cooperate with a relatively new ally on an operation. In those cases, it will not be an option to fall back on shared communication protocols developed through NATO. You might choose to switch to interpreters and translation services, but these add operational risks as well.

The extent of this problem varies depending on each coalition partner. For example, the US, UK, and Canadian forces have a long history of joint operations going back over a century. This shared history makes communication easier. However, there are still differences in the field when it comes to which exact equipment is available.

Information sharing restrictions, even among allies, remains a problem. Consider the Five Eyes (FVEY) arrangement, which includes the USA, UK, Canada, Australia, and New Zealand. Dating back to the Second World War, this intelligence sharing agreement is one of the most long-standing agreements in the world.

Despite this close cooperation, it has operational limitations. First, there are ongoing questions related to the accuracy of intelligence information. Second, information may not always be shared with people in the field quickly enough to be useful.

A communication device played a critical role in stopping one of the deadliest devices in Iraq – remote-controlled bombs. In 2011, WIRED reported that the Pentagon had purchased more than 50,000 radio jamming devices as a result of their success in the field. The company behind the device is developing “a tool that offers the promise of not only jamming bombs, but finding them, interrupting GPS signals, eavesdropping on enemy communications, and disrupting drones.”

You cannot assume that your enemy lacks access to such electronic countermeasures. If your coalition operation depends on a single common communication device (e.g., GPS signals for navigation), you could be facing a massive threat.

Some of these barriers are difficult to reduce in the short term. Unfortunately, we cannot help you to solve political obstacles. In the short term, there are likewise limits to how much you can influence commanding officers. Fortunately, there are still a few practical options available to you.

Ask a staff officer to research the communication strengths and weaknesses with key allies and coalition partners. Simply starting the conversation will help to thaw some of the barriers. However, you should have modest expectations about how far these discussions can achieve.

Take inspiration from the 2018 NATO exercise referenced above. Add communication as a training mission goal when you run missions with allies and coalition partners. These exercises are an excellent way to discover unexpected problems like radios and phones not performing normally under battlefield conditions. You might even find that natural barriers and events like storms interfere with communication performance.

Adding a Base Camp Connect communication solution to your communications equipment is an easy way to enhance your capabilities. The system can eliminate barriers to coalition communication by allowing interoperability between any given network. This means that you and your partners can communicate easily without exchanging encryption key nor modifying your communication devices in less than 5 minutes. 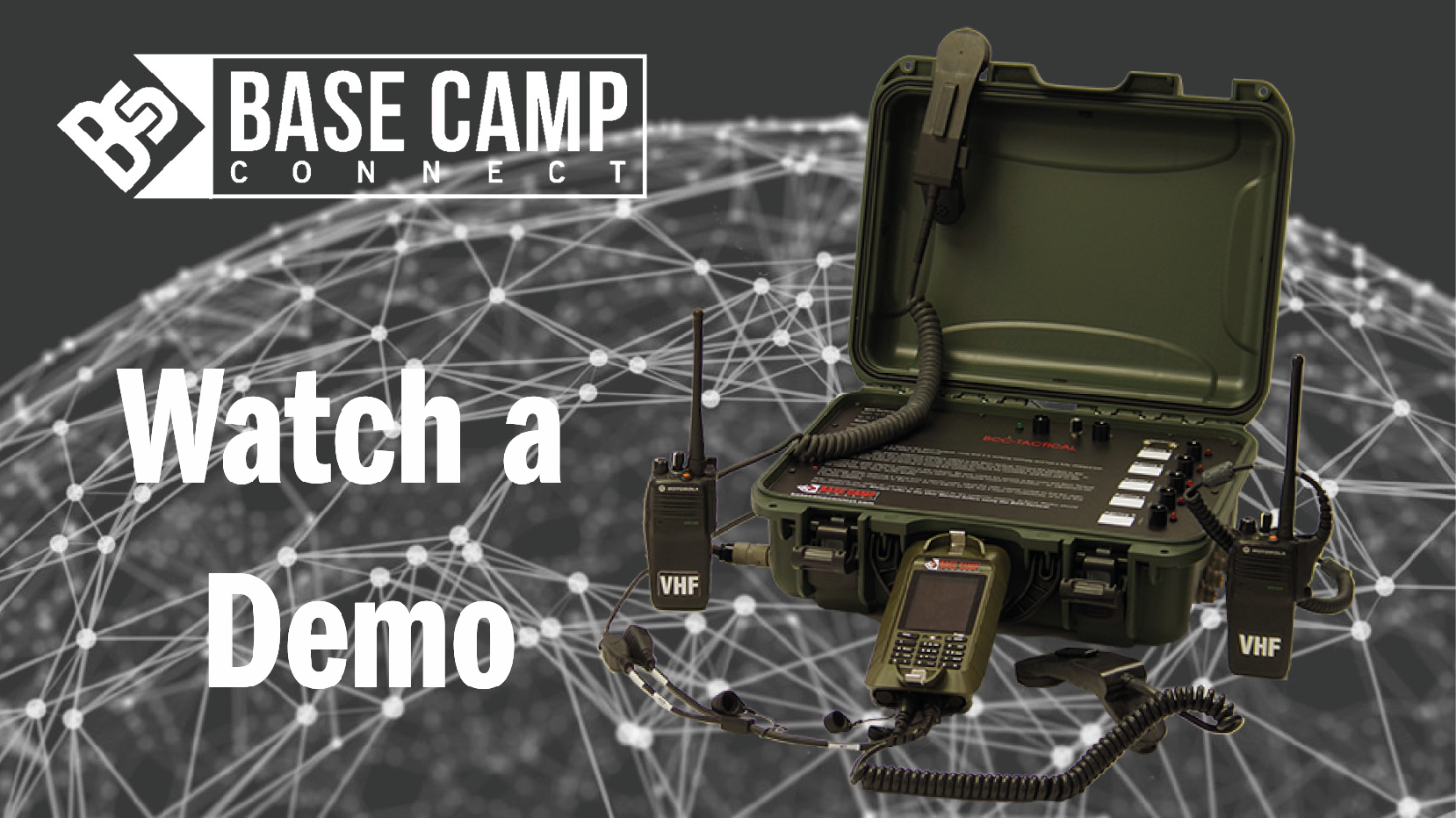